Spinnin’ Records has been sold to Warner Music Group (WMG) for more than 100 million dollars. Good news for the owners of Spinnin’ and potentially also for the buyers. But how did the acquisition price come about? Which (digital) value components are considered and included during an acquisition? And which strategic choices are at the heart of this acquisition?

There are various reasons for an acquisition. The most well-known reasons are the strategic and economic reasons. WMG can be called a strategic buyer in this case. Evidently they see great value in the digital network that is constructively set up by Spinnin’. The buyer saw its digital turnover increase by 30 percent, while the non-digital turnover only increased by a mere 13 percent.

WMG’s turnover grew significantly in one year. A loss of 7 million was recorded in the first/second quarter of 2016. A profit of 143 million dollars was recorded in the same quarter of 2017. While not certain, it does seem obvious that WMG is working hard to achieve further digitisation and growth. From the last financial report, it appears that this evidently results in healthy financial results.

The effect of digitisation

Together with Pim van Berkel (1), financial expert and lecturer at Nyenrode Business University, we have developed a new way to determine the value of companies in the last five years. One of the first valuations was based on an extensive data analysis of the digital ecosystem of Spinnin’ Records. This system has shown further growth in the last two years, becoming a strong digital network. Now the purchase price of this data has been made known — more than 100 million dollars. That is not far removed from the most recent estimation on the basis of the new business valuation.

The Netherlands plays a pioneering role when it concerns digitisation of the dance industry. This position is due to artists such as Hardwell, Martin Garrix and Afrojack and labels such as Spinnin’ Records. Their fans are from the digital first generation. Dance artists and labels mainly utilise their digital ecosystem to reach fans.

Digitisation has a significant effect on the value of a company in the dance industry. That has become evident with previous transactions, such as those of ID&T and SFX. With the application of conventional valuation methods (such as intrinsic value and the multiple method) the value of ID&T would be around the 20 million euro mark. ID&T believed the company was worth more. SFX also saw the potential of the digital assets and paid a purchasing price of 100 million euros. This amounts to a goodwill of approximately 80 million euros.

We see a similar form of valuation and transaction with the acquisition of Spinnin’. Sharing the digital networks and the innovative knowledge and experience of Spinnin’ Records creates Economies of Scale and Economies of Learning. Important motives with strategic acquisitions and their transactions. WMG´s dance releases can now profit from the network of Spinnin’ and the label´s digital expertise.

To gain insight into the different valuation methods, including the valuation of the digital capital, it is sensible to take a moment to reflect on the traditional manner of valuation. This method is based on the results from the past. With the traditional valuation, the “Earnings Before Interest, Tax, Depreciation and Amortization” (abbreviated EBITDA) is calculated to provide an indication for the operational cash flow.

According to public sources, the EBITDA of Spinnin’ Records was 6.5 million euro (source: 2015 annual statements). After deducting the net debt (that we omit for the sake of convenience due to the limited effect), this EBITDA is multiplied by a certain factor. This so-called “multiple” is generally between 4 and 6, depending on the risk in the market. With a traditional valuation, the acquisition price of Spinnin’ would therefore be between 26 and 39 million euros. The price would even exceed 50 million with a higher factor.

From an earlier analysis it already appears that the digital assets of Spinnin’ Records is potentially worth more than 55 million euros. Thanks to new revenue streams which exist by developing, optimising and using the digital network further, the operational cash flow can be much higher in the future.

The acquisition of Spinnin’ Records shows that there is increasingly more attention for the so-called digital assets with the valuation of organisations. This component is increasingly included in an acquisition price. In addition to the return on investment, the real growth potential of an organisation is in its digital assets. An acquisition price of more than 100 million dollars clearly represents the buyer’s vision that they can acquire this value from the data.

The fact that Spinnin’ can provide insight into data from millions of profiles says more about their potential cash flows than their current financial results and their position on the basis of the balance sheet and profit and loss account, for example. This is because data from social media not only covers demographic data, but also information about behaviour and interest.

Data in itself is not worth that much. It is about what you do with it. Only when this data is categorised and processed into useable information, marketing, communication and sales processes can be managed and optimised. New software, technologies and innovative organisations will make it increasingly easier to make connections, achieve context and ultimately benefit from the potential value of a virtual network.

For example, consider the optimisation of the current business models and the activation of new business models. But also commercial collaborations with other brands, who wish to connect with the Spinnin’ Records target group. The Business Acceleration Framework assists this. This framework allows the digital and complete value of an organisation to be determined, monitored and managed regularly. The company value and business models can be optimised using the framework.

Spinnin’ understands this like no other company and has become its own channel. With the relevant data. This allows them to communicate directly with their target group, whenever they wish. The financial return of their digital networks and collected data is now a reality for Spinnin’. The digital network determined to a large extent the price the buyer was prepared to pay. The task at hand of the management of WMG is now to increase and expand the cash flow from the data of Spinnin’. Time for a good Business Acceleration Plan is the motto.

1) About Pim van Berkel
Pim is a financial and operational director at Fanalists and consults on valuation and business transfers. He also lectures at the Nyenrode New Business School in Finance & Accounting as well as Business Research & Decision Making. 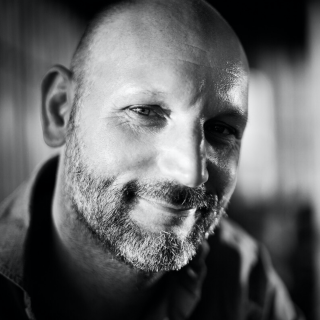